Save 50% off digital copies of High Plains Samurai, ScreenPlay, Killshot, By The General’s Hand, and Dial M For Monster. Or get all 5 for just $15 as part of a bundle.

We like itch.io. As an indie publisher, it’s a welcome use of easy point-and-click tools to create a customized webstore that (in our near future) can be embedded right on your site. That’s why we’re happy to launch our BRG Summer Sale from now until July 1st, 2019.

Click here to check out the BRG Summer Sale on itch.io and please feel free to share with friends and strangers alike. 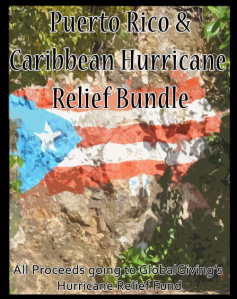 In times of dire crisis, everyone needs to do their part to help out in whatever way they can. That’s why we answered the call when Hydra Cooperative activated the bat-signal for fellow publishers to fill their Puerto Rico Hurricane Relief Bundle (available now on DriveThruRPG and RPGNow). For $25 USD, you’ll receive over $500 worth of PDFs from publishers such as Kobold Press (Deep Magic), Arc Dream Publishing (Delta Green), Fat Goblin Games (The Gamemaster’s Worldbuilding Journal), and so many more. Plus we’ve included ScreenPlay in the mix. Even if you’ve purchased ScreenPlay or a sampling of these products, there’s a lot to gain from this bundle with the added bonus of doing a little something to help out the people of Puerto Rico. 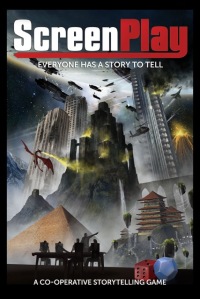 It’s not a zany sequel (though wouldn’t that be cool?), it’s the truth. Thanks to our partnership with the Independent Game Designers Network (IGDN), print copies of ScreenPlay will be available at Gen Con 50 this weekend! Anyone who buys a copy at Booth #2437 will also receive a PDF copy of the game, a handy reference to send out to your Writers. Plus you can find many other indie games from publishers such as Growling Door Games (Chill), Magpie Games (Epyllion, Masks), Third Eye Games (Pip System), and our good friends from the Ottawa Game Publishers Podcast too.

Stop on by and discover games you never knew you always wanted to play.

Pay no attention to the date of this post!

Hello again, loyal readers and casual Googlers. This is BRG’s big cheese, Todd Crapper, here once more to review the numbers that have been flying across my screen these past few months. As this latest update in the Measuring Success is arriving a bit behind schedule and there’s still plenty of work ahead on the High Plains Samurai Kickstarter, let’s jump right into the fray, shall we?

Cutting Up The Numbers

Below are the total sales for both OneBookShelf sites (DriveThruRPG, RPGNow, and affiliates), the Open Gaming Store, conventions, and direct sales between September 20, 2016 and March 31, 2017.

With only one new paid release in this period (Dial M For Monster), these are decent numbers. Considering how ScreenPlay quickly lost steam after a strong release and Dial M (to be blunt) failed to click with classic monster movie fans in October, these are good to see and a positive sign moving forward. Killshot continues to hang on and Ironbound refuses to go down (much like the magick hunters themselves).

This is also the first time I’ve been able to include sales from multiple sources and not just OneBookShelf sites. Broken Ruler Games is now a proud member of the Open Gaming Store, Composed Dream Games Marketplace, the IGDN (providing access to some American conventions with plans to move into retail distribution as well), and we’re also available in at 401 Games in Toronto. A brick-and-mortar store selling physical copies of ScreenPlay! Always brings a tear to my eye. Plus there was a copy sold at BreakoutCon. Oops, there’s another tear.

What really stands out over these past six months is that nice big number next to High Plains Samurai: The Rehearsal Edition. 911 downloads. In one month. Wow! And that number is soon approaching 1,000. Compared to the 645 downloads of ScreenPlay‘s Rehearsal Edition during the initial playtest campaign and during ENnies voting, roughly four months of availability, and that’s a big leap. Clearly the concept connects with people enough to add it to their catalogue; the question becomes whether or not it will be enough to make a healthy portion of them want to help expand this project into something bigger and wilder. Time will soon tell. 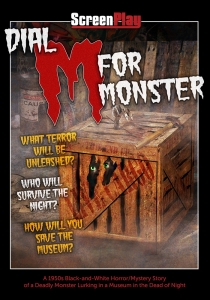 These numbers have brought something to light: open ended products do not sell as well as detailed concepts based on a particular genre. By this, I mean products with a clear direction and theme in mind, such as a game about robot hunters on Mars versus a game about telling a story around a campfire. Killshot is still selling (and selling better than ScreenPlay) after four years and HPS‘ initial downloads prove that case. While Dial M provided a clearer idea of the system than the ScreenPlay core rulebook, it was not unique enough to stand out in the crowd. At this point, the only two products consistently getting clicked are the modern assassination RPG, Killshot, and there appears to be strong interest in Samurai‘s mad mash-up. Perhaps more than the positive signs, it’s the negatives telling me BRG needs to consider a greater focus on more unique concepts than open-ended, “do-it-all” systems.

ScreenPlay and Dial M For Monster are currently financial losses and it looks as if it will be a while before they break even. Those are strong negatives as far as aiming at similar projects in the future. It’s not to say such products will never be on the menu again, just that there will be some smaller budgets attached to them. Much smaller. It will mean smaller page counts but it also means future ScreenPlay treatments are still possible with the rules left up to the core rulebook. Maybe a collection of treatments. If anything, it’s a worthy experiment that will help shape BRG’s future (even if the result was less than hoped).

Getting Ready To Unleash The Samurai

As mentioned above, we’re closing in on the Kickstarter launch of High Plains Samurai and all wheels are spinning in that direction. Seeing such impressive numbers for the free playtest have been incredibly encouraging… but the low number of survey results have skewed that sentiment. To date, there has only been one survey result completed for HPS but there are a couple factors to consider. First, this first quarter of 2017 has been Kickstarter season (one we were originally due to be part of were it not for the scheduling change and I’m very glad HPS wasn’t trying to compete with so many other amazing games during March). There’s been a lot of new stuff coming and going. ScreenPlay‘s playtest was released in October versus HPS‘ in March. Obviously, this time difference is huge and has been noted for future playtests. The downloads suggest HPS definitely appeals to a wide audience; without the feedback, it’s hard to tell if it actually resonates with people.

Another crucial factor is that getting feedback on anything – let alone a playtest – is difficult in the best of times. What I had hoped was a working formula has now been revealed to have been a lucky fluke with ScreenPlay… or maybe it’s more of the audience each game attracted. ScreenPlay definitely struck a chord with the story game crowd, Samurai has appealed to a more traditional RPG audience (or perhaps a hybrid crowd, such as Powered By The Apocalypse fans). Even people who playtest something face-to-face with the creator can be loathe and unable to provide detailed feedback, but I’m happy to report there are some playtests in progress at the time of this post and there should be more to work from going into the Kickstarter campaign. The initial response to this game is still very strong and I should have BIG NEWS for the launch party (to me, at least, because I get to fan gush when the time is right). Stay tuned for that.

All that aside, revisions have been made to the Kickstarter’s goals and stretch goals in light of this shift in playtest results. For starters, I’ve adjusted the goal to a lower $3,000 (Canadian) to fund a “basic” version of the game and by that I mean a 96-page edition containing the complete rules and basic setting material with an appendix for the Black Scorpion storyline and a host of supporting characters from around the One Land. This will at least give me the satisfaction of knowing I can publish HPS in a way that I would still be proud to slap on the BRG label and provide something magical for people to play. At $6,000 (still Canadian), we will produce High Plains Samurai: Black Scorpion’s Revenge, the true version of the game I’ve always intended. At nearly 160 pages, this will contain everything from the “basic” version plus incredibly detailed guidelines for directing/playing HPS and a chapter for each of the six major locations in the One Land. Within each of those chapters, a series of scenarios will provide story beats to help your group play out your version of Black Scorpion’s Revenge, the main storyline that threatens to wipe the One Land from existence. At $10,000… you know what, let’s leave that one for now. Yep, I’m teasing you.

My Money Where My Mouth Is (or Do You Want To See The HPS Kickstarter Budget?)

Due to time constraints and wanting to get this post out the door before the end of April (sheesh!), I’m going to skip the fourth component of this post… for now. Seeing as I’ve been open with my sales figures, it seemed only fair to be as open with my Rehearsal Edition/Kickstarter budget for High Plains Samurai. How much I’ve spent to date to create the version that will exist as of May 30th as far as editing, artwork, marketing, and more. Time permitting, that will happen before the launch. Otherwise, I will make a point to include it during the campaign itself.

Until then, if you have any questions, comments, or random swear words to throw my way, I’m always game to hear from you. Thank you for your support so far as BRG continues moving forward and I hope there’ll be some crazy numbers to show you next time. Like numbers with four digits. Whaaaaa….?!!